Happy Birthday to me - and then this happened

Today is my 56th birthday and we had plans to have the whole family go to Jiraffe's, a very nice French restaurant in Santa Monica, reservations, dressing for dinner and the whole nine yards.

I left at 2:20 to go pick up the lovely Julia De Mars at prep school 90 miles away. It took me about 2 1/2 hours in traffic and just as I turned off to the entrance to her school I got TWO flat tires.

I should point out that beautiful as the campus is, it is smack in the middle of nowhere. No tow trucks. No mechanics. No rental cars. The only good point is that I am literally in front of the entrance, so I can walk to her dorm and tell her the bad news.

So ... an hour later AAA manages to get a tow truck up there and drive us 17 miles to Ventura. Obviously, dinner reservations in Santa Monica are cancelled.

While standing by the road in the cold, I call Ronda who says,


I believe she also sang some things about saving the day but I was not in the best mood.

The very nice tow truck driver drops us in Ventura where all of the auto repair and rental car places are closed, but I leave my keys in the morning pick up slot, to have my car fixed in the morning. 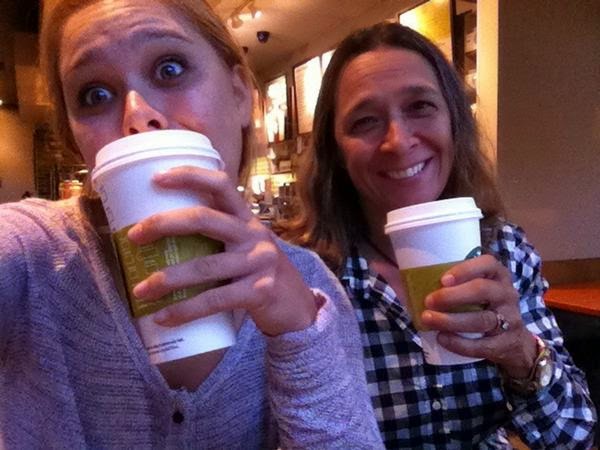 We walk to Starbucks where my perfect Julia studies while I FINALLY get a nice latte. Shortly after, Ronda walks in, having driven like a bat out of hell from Venice.

Walking down the street looking for a place to eat dinner, since there is not a snowball's chance in hell of us making it to Santa Monica in time, we run into someone who says he is one of Ronda's fans, right in front of a terrific restaurant we'd been meaning to try (Watermark, in case you want to know).

We go up for dinner and this gentleman has paid for our drinks in advance. (Recommend the cucumber martinis, big time.)

The waitress, Casey, mentions that Victor Ortiz (world boxing champion and also in Expendables 3) is from Ventura and this is one of his favorite places. Ronda calls and invites Victor to have dinner with us but, ironically, it turns out he is on his way to meet someone in LA at that exact moment.

We had a great dinner  - filet mignon, cheesecake stuffed chocolate covered strawberries, the whole nine yards. When we ask for the bill, she tells us that Victor Ortiz has called her and said don't you dare charge them a thing, as soon as I get back in town, I will come pay the bill. 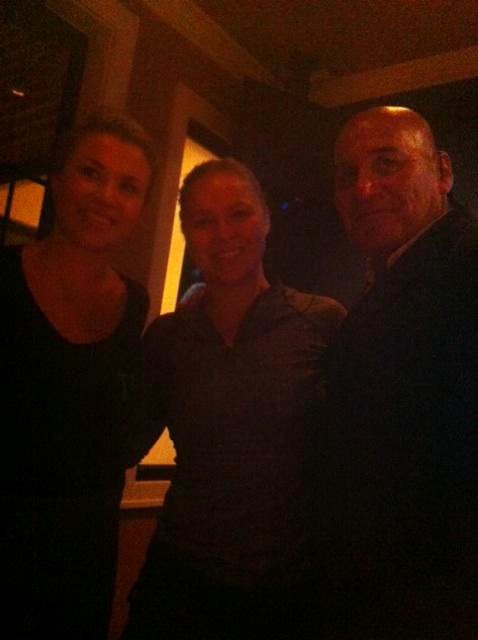 So, my birthday which began with two flat tires 90 miles from home was rescued by a dinner with two lovely daughters at a nice restaurant paid for by a sweetheart boxer.

I would say you're a lucky woman, but you raised daughters to be smart, generous, dedicated, etc. women.

I'm sorry the tires popped, but happy that the night ended well! May you have many more birthday endings like that (hopefully without the mishaps)!

Victor Ortiz is literally only a day older than Ronda. They might as well have birthday celebrations together lol.

Happy birthday to you indeed!

Maybe this is a little late to ask but how in the world do you stuff a strawberry with cheesecake?