I just got back from a week in Kauai, so you'd think I'd be in a good mood - and I am, in general. 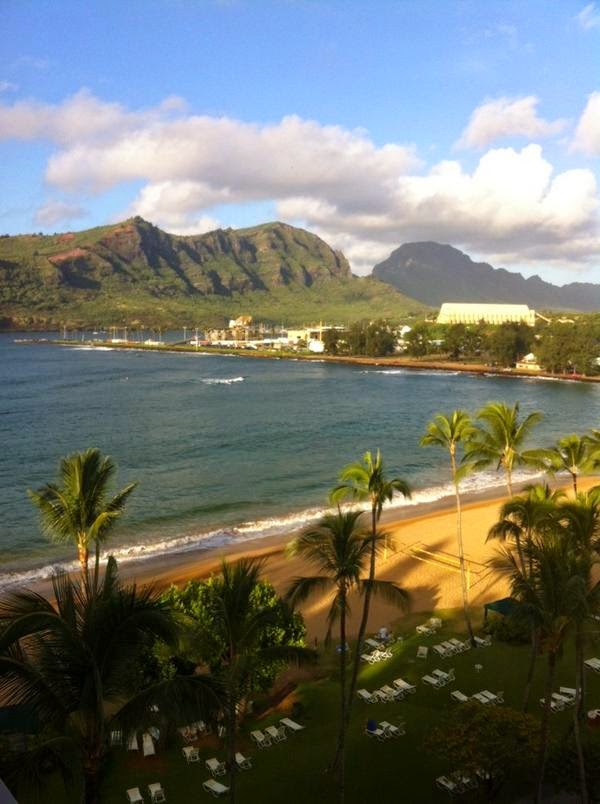 I didn't particularly want to go on vacation. I LIKE working all of the time, and I did work about half the time on vacation. As you can see, Kauai is beautiful. I went swimming two or three times a day, plus spent time with my husband and lovely youngest daughter, so that was good.

Still, there were a couple of things that irritated me a bit when I got home. One was for the umpteenth time someone telling me they wanted to help out Gompers Judo kids and then not following through and doing anything.

It's bad to stereotype, I know, but the fact is, I can't stand most people in the entertainment industry. It's their fucking JOB to pretend.

If it was 100% up to me, I wouldn't let them ever come to Gompers Middle School again. There have been so many film crews and photographers through there, all because Ronda started the program. So, now, when they want to do some show on her they show up and all say the same insincere bullshit,

"Oh, this is so great what you are doing here. We want to help."


And we never hear from them again.

That's probably why when Ronda came out to teach class a couple of months ago she refused to tell anyone in the media in advance and told people who found out about it they were NOT welcome. She said she wanted the kids to know she came for them and not a photo opp.

In five years, I will list the people who have helped out Gompers (and thank you a million)


Here is the interesting thing - NONE of these people got anything out of this. They didn't get photo opportunities, footage they used in TV shows for which they made a lot of money, nothing. This has led me to the not particularly original conclusion that there are givers and takers in this world.

The reason I say I would not like any more media at the Gompers practices is because I don't think it's good for the kids to be exposed to that kind of bullshit. They have enough experiences already with people claiming to care and disappearing in three or six months when a better job opportunity comes through or the situation just becomes too difficult for them. We don't need to add any more to it.

At first, I thought it was a good thing that media came in and said something good about the school and the neighborhood for a change.

Now, it just leaves a bad taste in my mouth. When I was younger, we used to call people from the universities and non-profits "poverty pimps". They would come into the neighborhood for a week or a month and then write some grant and get money to talk about their experiences or some bullshit.

Years ago, the Director of Special Education at Turtle Mountain told researchers they couldn't do studies on the reservation on Fetal Alcohol Syndrome any more. I asked her why and she said,

"What good are they? They come out here, do their studies, write up some papers so they can get tenure and what about us? We are no more ahead of where we were before but now we're depressed because we know how bad the problem is."


It reminds me of a comment Ronda made when someone asked her about her experiences in Hollywood,

"Everyone is really nice, but, who knows? They wouldn't be very good actors if they couldn't convincingly act like they like you."


That is not the life for me. One of the Ron-tourage (our family's name for the people who have now appeared out of the woodwork and claim to be "family" to Ronda) said to me,


To which I replied,

If anyone would like to help support the Gompers Judo kids, you can make donation on their website at bit.ly/GompersDonate.

Ya know...there isn't one blog that you write that doesn't produce at least one laugh...Rontourage...priceless.

And it is hard to laugh tonight...especially tonight.
Ya know Mrs. DeMars, I know Ronda is constantly in the press attributing her complete sucess to her work ethic but honestly, Ronda is incredibly gifted both physically and cognitively, and in possession of unparalled confidence and drive. Some of these attributes don't come as natural to everyone as they do to her.
And I am not saying that your adopted daughter is not capable of the same level of success as her BFF...she is still young and has lots and lots to learn. My observation is that Ronda is a once in a lifetime complete package. I do hope MS doesn't allow this setback to compromise her resolve. We all out here in fandom wish the RRR house nothing but success.

BTW...On the subject of fakeness...I believe that 99.9% of the people on this planet live every day in a cocoon of contrived fallaciousness. I think most are taught from an early age that social acceptance is paramount and honesty is reserved for monks only.
That is what I think and it is why I crave solitude.

Hey doc...you gotta give us the answer to the 'which sister said what' twitter!!!!!

Re: Fetal alcohol syndrome on the reservation.

I'm sorry you've had large numbers of people over the years let you down, and I hope your column sparks support for your causes.

I would like to respectfully offer a more cynical interpretation of the Director's actions. I have to question the motives of any authority who tries to prevent reporting of statistics because they're 'depressing'.

Whether it's police covering up murders in Chicago or elected tribal counsel members covering up public health problems, the main motive often seems to be avoiding awkward questions about what they're doing to address the problem.

Covering up the problem certainly doesn't help their constituents. Not knowing the prevalence of FAS might lead to people under-estimating the risks of heavy drinking while pregnant.

Happy Birthday, Dr.D! :-D I'm so glad that God made you and gave you to us (yes, I am claiming you!) I hope you have a WONDERFUL time with family and friends.
Keep watching your mail fairly soon. I'm
making good progress on your "L.o.L"
Also, thanks for keeping it real in your posts. I still think you're a peach!
Bye for now...G.