The Joys of Air Travel with Snorey Bob

Last week, which was the last time I had a free minute, I gave the bonus tip that it helps you sleep if before bed you start counting the things you have for which to be grateful.

My lovely niece, Samantha, has pointed out to me that people do not appreciate the amazing world in which we live. Everyone gets off a plane and complains how miserable it was after FLYING ACROSS THE CONTINENT THROUGH THE SKY.  If you think about it for a minute, that's some serious Harry-Potter shit there. I mean, if you were actually on a broom I'll bet it would be a lot less comfortable than sitting in row 34F , what with the wind and all, and you probably wouldn't be going in excess of 350 miles an hour.

Let me tell you about Snorey Bob.

I was on the plane, planning to go to sleep on the flight, but the noise from the prop engine was keeping me up. We get up in the air, and the noise stops, which is a little disturbing. Then, it starts up again. Thinking that's weird, I turn around to the direction of the noise and realize it is a guy a few rows behind me on the other side of the plane. Some unfortunate young woman is sitting next to this guy. Deciding to make the best of a bad situation, she puts her headphones on and I can only guess cranks her music up to maximum volume.

I am watching this because I cannot imagine what it is like to have to sit right next to this noise. I'm trying to give Snorey Bob the benefit of the doubt. Maybe he is one of those people who has a fear of flying so got shit-faced drunk before getting on the plane.

Fortunately for her, he wakes up after a while. Not so fortunately, he starts coughing - and coughs his spittle all over her and the tray table in front of her.

She doesn't smack him. In a display of the world's greatest manners, she pretends to not even notice!

When I fall asleep eventually, one of the first reasons I was grateful was because I was not sitting next to Snorey Bob. 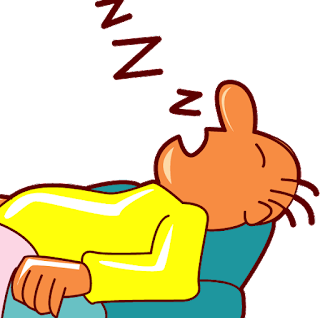 Finally, the plane lands and we are sitting on the runway for half an hour for no reason I can fathom other than that this seems to be the thing with planes these days. Someone's phone starts ringing - and ringing - and ringing.  I assume, as does everyone around me, I think, that someone left their phone in their luggage in the overhead compartment. Still, we are sitting on the tarmac with no apparent intent to move the plane any time soon and the foghorn blaring sound is getting old. You would think whoever it belongs to would consider getting up, opening the luggage compartment and silencing their phone. I am surprised it doesn't go to voice mail or the caller doesn't give up, but no.

After over 10 minutes has passed, Miss Manners politely turns to Snorey Bob and says,

"I think your phone is ringing."

At which point, with a look of wonderment, he reaches into his pocket and learns that - he has a phone! And it is ringing! I can only assume it is his wife and she is not hanging up until he answers so that she can tell him that she is divorcing him because, seriously, what the fuck?

He probably assumes so, too, because he hangs it up, without answering. At which point it starts ringing again.

And THAT, my dear Samantha, is one of many reasons that people hate flying. It is nowhere near as cool as it sounds.