BJJ is not Judo 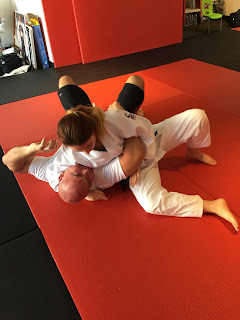 Last week, I went to the new Gracie Barra club in Newport Beach to work out with Tom Reusling . It was a lot of fun. Plus, it is in a great location just a half-block off of the beach. 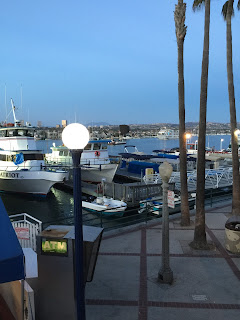 Although it was a good time, it was also a good opportunity for some reflection. This is NOT one of those posts on how "the martial art I do is the greatest and all of you peasants should bow before me".

BJJ does NOT stand for "Basically Just Judo"


and I have to take issue with those who say that it does. I asked Tom a lot of questions about rules for Brazilian Jiu-Jitsu and those different rules make all of the difference.

It's not just allowing things like toe holds, knee bars or ankle locks. Those are actually minor differences. 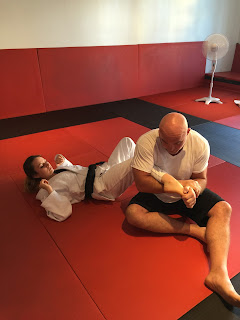 I say that simply because there have always been people who will try to cheat in judo when the referee is not looking (just like there are those people in every other sport). I've had years of experience of protecting every single part of my body from anything anyone would try to throw at it.

The differences between BJJ and judo are in the rules and those rules are crucially different. For example,

You might think that for someone like me, who focused overwhelmingly on matwork that this would be an advantage.  That's really not the case. The difference between BJJ and judo means that there are fewer transitions from matwork to standing. You can go straight to the mat and once you get to the mat, you can stay there. If you take advantage of those transitions, like I do, a sport that has significantly fewer of them would require a substantial adjustment.

A second difference between the two sports is in the speed of matwork. If you only have 10 or 15 seconds to lock in a submission or secure a pin, you are going to do things differently. For one thing, you take more chances, especially if you are behind in a match. You don't have time to wait for an opening. You have to make the openings.  Defensive players are more successful in judo matwork than in jiu-jitsu because they only have to stop progress for 15 seconds or so before the referee stands them up.

None of this means that a person could not go successfully from judo to BJJ, or vice versa, but rather to say that those "minor" rule variations can make a major difference.

This doesn't have anything to do with judo or BJJ but I make games as my day job. These are fun and they will make you smarter. Check out the free demos here. 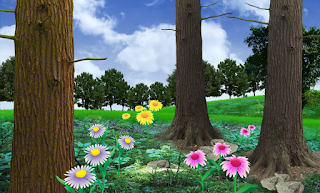 Another cool thing to do is our Camp Don't Get Dumber Over the Summer site, with options for kids and teens. That's free, too.

One (of many) more differences I have found: the tendency of a judoka to turtle is bigger than that of a bjj player and in the other hand once turtled, the bbj-player tends to turn on his back to regain a guard when given a chance. These differences require adjustments for many techniques and open up different oppurtunities too.

Bottom line: both are great sports and both rulesets could use improvements. Still I like to have them as separate sports instead of a merged bjjudo.

How do you see the future of judo and bjj in Usa, Europe or globally? As recreation or as elite sports?

I have read my way through your stack of old blog postings, and have enjoyed them greatly. My own sorry little musings have found some inspiration within. If you care, you can find it by asking The Google for "old karate bike dude."

I love your passion about martial arts. I love reading your posts about how you can turn it into a business. Not a lot of people have the courage to turn the craft they love into a business.