Some Day Will Be Your Last Day on the Field

Wow, it's been a minute!

I didn't realize until I sat down at the computer tonight that it had been two weeks since I wrote my last blog post.

After the International Sports Hall of Fame weekend in Columbus, I came home to work on our in-house hackathon for Forgotten Trail. Then, we took off to Big Sur to go camping for Julia's birthday. 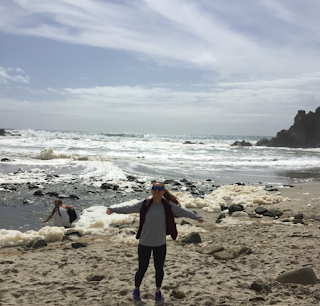 We kicked off the next week with a sprint on marketing initiatives - blogging, pitching at two start-up events. Then, it was off to Palm Springs where we had an exhibit and I gave a talk on educational games at the Computer Users in Education conference.

I'm also teaching a course on epidemiology and ... well, you get the idea.

I've been so busy I even had to miss the Gompers Judo team competing at the Gardena tournament. I was so bummed! 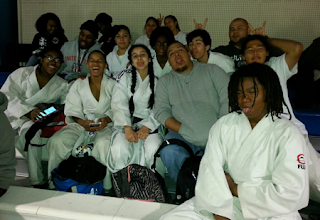 Putting it into perspective somewhat, I was at Julia's soccer banquet today and her coach made the comment,


"Some of you will have walked off of the field for the last time."

I found this really interesting, for two reasons.

The point the coach was making, though, was that things have an end and they go from being our day-to-day life to our memories.  Whether it is soccer or judo or work, many of us have something that seems all-absorbing for a while, often a decade or more - and then it is over.

That is not a bad thing. It's totally okay to move on.

These girls will go on to college, to careers, to raise families. As the coach said, they will remember one or two games they won or lost but by and large, those things that loomed so huge in the moment - missing this goal, letting that one through, having a bad day at practice - will completely fade away. They'll remember the feelings of being sore after the first two-day tournament of the season, the times they didn't want to go to practice but did anyway. She's right - I'll NEVER forget the winter training at Waseda University - getting up and having to run to the second closest train station to my house because not even all of the trains were running that early, and training with all of the windows and doors open in January at 5:30 a.m. to "toughen us up".

I think about this sometimes when I am in the middle of what Ronda calls "the grind" with my company. There is always so much to be done, but some day, sooner than you think, this will all be a memory. It's good to keep that in mind, both to savor the moments while they are happening and not to take the day to day too seriously, because, at the end of the day ... 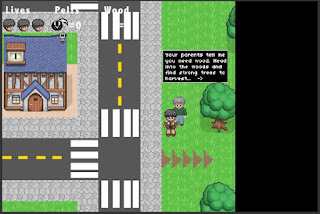 7 Generation Games makes adventure games that teach math!
Download one now for you or someone else you want to be brilliant.

Yep. Planning my last day on the field this May, Canadian nationals. It's coming all too soon. But I will never have as much of a chance to train as this year while on sabbatical, and I want to do other things.

...and then one day, if you breathe long enough, the memories, good and bad, will evaporate as well. Such is human existence.

This made me think of parenting. I had four kids under seven and at the time it felt like life was always going to be babies and toddlers and nappies and naps and blowing raspberries on fat bellies. But they're all at school now, and suddenly it's endless homework sheets and hockey training and kids being embarrassed if I try and kiss them goodbye in the playground! I need to try and savour the good things of each stage, and just keep in mind that all the horrible bits are just a phase.