Dining with Judo Legends (and me, too) 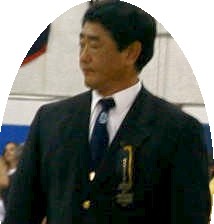 If you miss it this time, well, you’ve missed it forever. A dinner party with a few of our U.S. Judo greats (and me, too), organized by our very own Hayward Nishioka (that guy above). If you like judo, history or just hanging out with really fascinating people, you should check this out.

They will be telling their stories and answering questions, and giving us insight into our rich National and local history from the 40’s, 50’s 60’s 70’s and 80’s.

It will be held on October 2, 2016, at the Luminarius restaurant.

Send for your tickets to:


Seating is limited to 100 persons so get your tickets early for this suit and tie affair.

Here are the orders, um, I mean description, from Hayward:

As we go forward in our judo it is important to know where we came from, how we got there, and what it was like for our trail blazers who pounded out the road to success in those early Golden years.

Each of our speakers will have approximately 20 minutes in which to tell their story. This will be followed by a half hour informal forum among the presenters, and concluded with questions and answers from the audience. All this will be preceded by a social half hour of just talking and visiting with old friends before dinner.


These are some people who have really fascinating stories to tell. Some of the topics will be:

1.   What was your training like back then; who were some of your opponents, instructors, and tough guys, how many days a week did you practice, was it just judo or other things; running, weights, ect.?

2.   What type of dojo did you practice in? Was it a dojo with canvas covered over hard packed sawdust, or in a small house or room with wrinkled canvas covered mats, or community center with teachers or students who spoke a different language and had different customs? Were the floors at least even?

3.   What obstacles were encountered, like injuries, lack of practice partners, places to practice, not enough support from family, friends? Unaccustomed Japanese customs both expressed and silent?

4.   Tell of a defining moment in your judo career? When did you say to yourself, “ I like judo, in fact, I love it?”

5.    Do you think it changes a person for the better and in what way?

6.   What are some differences in judo today from judo in the past?

7.   What advice do you have for todays judoka who may be seeking the excellence that you have found in your judo careers?

8.   Give some detailed technical insight as to how to improve performance in practice or in competition.

9.   Give an example of one of your toughest matches and what you learned from it.
Posted by Dr. AnnMaria at 11:14 PM

I was interested in attending this event along with posting it on our clubs Facebook page, but I was unable to find any additional references to it. Was there an announcement made somewhere else such as the Nanka page? Also are the tickets only available by check?

Thanks again,
George B.

An offtopic question. Do you think Judokas today should always train and go for ippon rather than playing for minor points?

I received this notice in several emails from different people and saw someone post it on Facebook. I think since it is only 100 tickets they were just sending it out to people in Nanka first, but anyone can comd

Yea our coach was able to pass along the info to me as well. I ended up posting the information on Facebook and Instagram this morning.