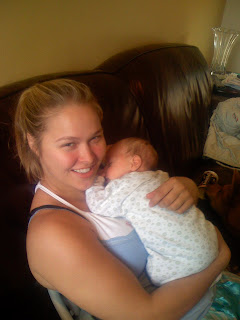 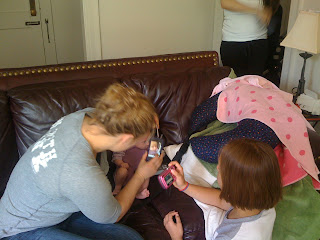 When I lived in North Dakota, the ultimate description of someone doing something so short-sighted that they must be crazy or desperate was, “They’re eating their seed corn”.

As every farmer knows, you always save corn for planting. Those who eat their seed corn now will have nothing later on.

How does this apply to judo in America ? I see it time and time again. The Junior World Trials were the latest example. We have fourteen-year-old Katelyn Boussyou as an alternate to the junior world team, sisters Mindy and Chrissy Chow coming in at fourteen and fifteen respectively.

We only have six female juniors on our national roster at 78 kg and only ONE at 78 kg +. Our national roster for males has only three people at 100 kg, five at 100+ and eight at 90 kg. Are there not any 18 or 19-year-olds in America over 190 pounds that might want to compete in the junior worlds or junior Panamerican championships? Apparently there are less than half a dozen.

Where are our junior competitors? What happens to them? Off the top of my head, I can name a half-dozen kids who placed in senior nationals before they were 18, several before they were 16. Every year we had a dozen or more who won junior Panamerican medals. Where are they now? Some of them are at UC Berkeley, West Point, getting a Ph.D. in Physics. Where they are NOT is on our Olympic team or even in our Olympic trials.

I have said many times that when Ronda began competing, I did not know what was the right developmental plan to get her to her full potential. What I did know was that none of the people who had followed the triple-crown- get – the –most – points, go – to – junior – worlds early route had won an Olympic medal. Ronda won the triple crown exactly zero times because she only went to all three tournaments her first year of junior competition, when she was twelve, because two of them were within driving distance of home, and she got second in one and won the other two. I paid exactly zero dollars for her to go to Junior Panamerican events. If it wasn't fully-funded, she didn't go. Sometimes, even if events would have been funded, she didn't go.

Like all parents, I have made my share of mistakes, but I think I did a few things right. As much as possible - and with their father dying when they were young, it wasn't always - I tried to let my children be children. The year she was 15, Ronda competed in two senior events, the Golden State Open and U.S. Open. At 16, she competed in five senior events - the Golden State Open (she won), Fall Classic (she won), U.S. Open (she placed second), Ontario Open (she won) and Korea Cup (she placed 5th). 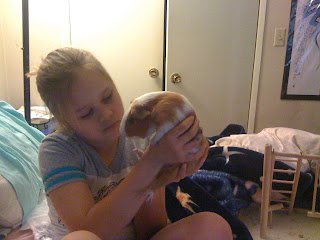 Today was the second day of school. We normally go to Sawtelle for practice but Julia said she was tired. She wasn't used to getting up so early. She suggested we could go on Friday instead. She's ten. She's tired. We stayed home.

I had an argument with a coach once who told me that I just didn't understand coaching, that he coached football and he knew what it took for a boy to be a man. I told him that a ten-year-old boy needed to be a ten-year-old boy.

Some parents honestly believe they are doing the right thing.

Others are living vicariously through their children, whether they admit it or not. They want to tell people that their child was on the Junior Panamerican Team, Junior World Team, competed in Europe, even if what it really means is their child came in first out of three in a trials and then lost within two minutes of the first round at an international event. I am not arguing that these kids don't have great potential because I am sure some of them do. What I do think is they would be more likely to fulfill that potential if they went to several training camps, competed in a lot of regional tournaments, lifted weights and just aged into their adult bodies.

Still other parents tell me that is what their child really wants, and I believe those parents. However, what my daughter Julia wanted tonight was to watch TV until midnight and eat Red Hot Cheetos. What she got was stir-fry tofu and in bed by 10 p.m. Sometimes you have to be the mean parent - and do you ever have my sympathy on that one.

I really love my job. I am a better statistician than I am a judo coach, and I don't exactly suck at judo. One thing any statistician can tell you is the best predictor of future behavior is past behavior. What has predicted success in Olympic judo? How may of the countries with successful judo teams have any players under 17 at the junior world championship? How many have ANYONE under 20 competing in the world cup events?

Now that you have mention statistics. Are opinions polls B.S.? I've always noticed that the people that talk about 'em. Always tend to neglect the size sample of the people who answered.

I think you can lie with statistics to people who don't understand statistics. I am a funny person to ride in a car with because I will talk to the radio when they bring up polls like, "53% of Americans wish they had raised goldfish instead of children" by yelling back,

How many people did you ask?
Was it a random sample or of parents of axe murderers?

Good dispatch and this enter helped me alot in my college assignement. Thanks you for your information.