Judo with a Side of Mountains 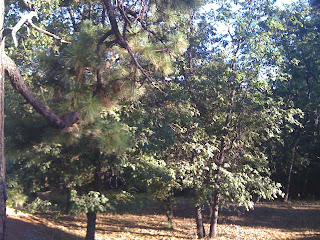 (This was the view when we opened the door of our room at Camp Bushido. Nice, huh?)


"Careful, it's a trick!"
Ronda said to her sisters,
"Yeah, Mom is making this trip to Georgia sound like a vacation, but it is really going to be like that last time when we went up to Camp Bushido where it was really just judo with a side of mountains."

To set the record straight, I believe Ronda is still upset from when we were driving up the mountain road about 1 a.m., she was sound asleep and Charlie went in the ditch for just a little while. Ronda sat bolt upright and screamed and Charlie and I about fell over laughing. If you have ever been in a car when Ronda was driving you know that this was only poetic justice.

Camp Bushido was really great and it reminded me that I should have had a better answer for the young man who asked me after judo practice last night,
"What do you actually do on these judo committees?"

I mentioned something about making sure people going up for promotion were treated fairly and he shrugged. What I have noticed around the country is it means far more to most people that their sensei thinks they deserve a black belt than the opinions of some strangers across the country, or in some foreign country where they have never been. So, I tried again and I explained that we do some of the following:

Not sure what I expected from a teenager. That's about what the response I get from my kids and I pay their college tuition.

When I thought about the judo part, though, as much as I feel overworked sometimes 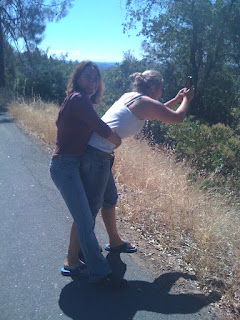 , as much as I feel all of the lost income I give up from my consulting work is unappreciated, that the fact that I pay my expenses everywhere is taken for granted, then I remember that I actually have a lot of fun at judo and related to judo. Like,just teaching judo at Camp Bushido, or getting a chance to talk about judo with the Fabulous Guerreros, Charlie Robinson, Joa Schwinn, Robert Gustaffson and his really cool daughter. I get to save Ronda from falling off another cliff.

And then I get to come back the next week and do it again, with Blinky teaching at the West Coast Judo Training Center his famous keylock sankaku which I never could do when I was younger but for some reason was able to master on Sunday. 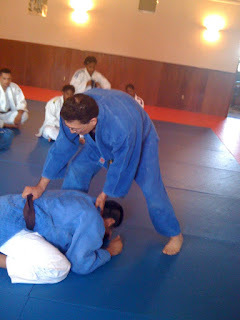 What you do if you are doing it right, on those committees is you promote judo. I have read a lot of negative rhetoric directed at me lately, because, after all, there is an election going on, but the crazy part about it is those same people said NOTHING about what they had done positive for judo or what they want to do. They have only said, (and I am not making this up), "AnnMaria and her supporters don't go to enough meetings."

In my opinion, I go to too damn many meetings. I want to go to more judo, with or without a side of mountains.

And the light just went on. What a simple way to explain it. I took pictures step by step of Blinky teaching this move and will include it in this month's Growing Judo as a featured technique.
Posted by Dr. AnnMaria at 11:06 PM

I appreciate the labor you have put in developing this blog. Nice and informative.