The Truth about the USJA Board: Guest Blog from Jim Pedro, Sr. 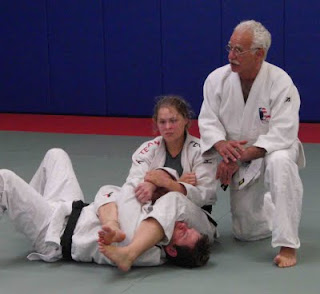 I'm not much of an Internet person but I felt like that email from Contardo was so full of false information about the USJA and the board and so full of negative information that I felt compelled to give a response. If you can, please see that this email goes to as many people as possible who received the original one.

------------------
Regarding the latest email from Peter Contardo, I don’t want to go into ALL of the particulars for the reasons he was thrown off the board. For all of the reasons, you would have to get a copy of the meeting minutes.

The reason I personally voted for his removal is that it was clear to me that he was working for the best interests of USA Judo and not the USJA. After USA Judo sent a memo out saying it would not support the Panamerican Masters, a USJA event, Peter told the tournament director he would not referee at the tournament. I felt strongly that as a member of the Board of Directors he should be supporting USJA events, and if he is supporting USA Judo over the USJA he should be on their board.

As far as his statement about us being thrown out of USA Judo, let me remind everyone that USA Judo took points away from the USJA and USJF Junior Nationals, they do not recognize our coaching certification, thus costing our members more money to coach. They cost the parents more money to pay for an extra membership and attend their tournaments to get points.

As far as us sending an official team to the Panamerican Judo Union tournament, we sent out a memo publicizing the tournament. We did not fund anyone to the tournament. We did not send an official coach or manager. We did respond to inquiries about the tournament. The coach who he is remarking about was suspended by USA Judo, reciprocated by USJA suspension. This same individual was at the USA Judo National Championships on the floor with his team. They had no qualms about that. Suddenly when he attends a tournament in another country as a private coach with his team it is the fault of the USJA.

What I find ironic is for three years, there was a proposal in front of our board to suspend Fletcher Thornton and Peter Contardo stonewalled and found every reason not to do it. All of a sudden, Peter is against something he seemed to have found okay before when a higher-up in USA Judo was involved. Make no mistake, USA Judo is trying to get rid of USJA. If you want that to happen, by all means, go along with Peter's recommendation and vote for people who would rather support USA Judo than you, the USJA members.

Bottom line is the only thing we have lost by being suspended from USA Judo is we don’t have to give them any of your money. We can still run our coaching certifications, run our tournaments and promotions. All we want is to be left alone, as we assume you want to be left alone, not be bullied and run your own programs. We’ll know how you feel by the way you vote in the election.

That was interesting, thanks.

I had a question. Which group has the most world champions in it? Seems that tells a lot about which group is better.

Soma is used to treat muscle spasms, injuries and other painful musculoskeletal conditions.

Sorry for my post .Where i can watch more info about?

I have been looking at this site and find it to be really helpful. I would really appreciate any assistance.

Work out ferments the humors, casts them into their adapted channels, throws off redundancies, and helps nature in those secretive distributions, without which the body cannot subsist in its vigor, nor the incarnation dissimulate with cheerfulness.

Work out ferments the humors, casts them into their meet channels, throws bad redundancies, and helps species in those hush-hush distributions, without which the association cannot subsist in its vigor, nor the typification act with cheerfulness.