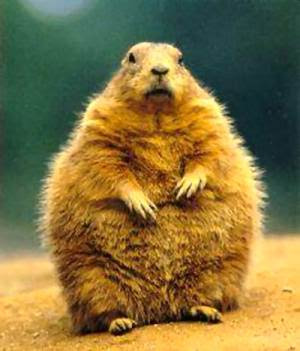 You know that movie, Ground Hog Day, where the reporter finds himself reliving the same day over and over again? Well, too many judo practices are like that. You can go away to college, have six kids, start a dental practice, come back and your old club is still having the exact same practice they did when you were 15 years old. Everyone do these warm-up exercises. Now moving uchikomi , or uchi komi in a line. Now we each throw each other 15 times. Now 15 minutes of newaza. Next, randori. Then, stretching exercises and we all bow out and go home. Sensei Moshi-moshi teaches the same seoi nage that he taught in 1974. Occasionally, his friend, Sensei Joe drops by and shows the o soto gari he won the 1968 national championships with and tells the same story. And we wonder why people don't come to practice more regularly.

There are a lot of ways to defeat the Ground Hog Day syndrome. One is to have a PLAN for the month, quarter or season. This can be a written plan you keep in a notebook or on a computer. Unless you have a much better memory than me, it's best for it not to be just kept in your head.

Another way is to keep a written record of what you did at each practice. Kind of a plan after the fact.

In either case, you should be reviewing this record regularly and seeing if you have omitted anything. Are you focusing on gripping in every practice but haven't discussed counters once? How often do you do newaza drills? How often do you practice transition? How many practices in the last month did you work on newaza combinations?

Tournaments, of course, are one good way to break the monotony. Those, too, can turn into Ground Hog Day if you just end up fighting the same three people every weekend. That's one reason that we take our group up to Fresno every now and then. Why would we drive 200 miles when there are judo players in Los Angeles who are (it could be argued) equally good? Because they are DIFFERENT people. The person you fight at every tournament in LA may do uchi mata and o uchi and the person you fight in Fresno does o soto and ko soto. You have to learn to defend against different styles. In the past few months we have been to a clinic in San Diego, a tournament in San Jose, a tournament and clinic in Las Vegas.

A few years ago, the USJA came up with the idea of Visit Another Dojo Month. I think it was Joan Love's idea and Connie Halporn created the really cool poster. This is yet another way to keep practice at your club from being Ground Hog Day. Pick a day and take your whole dojo to visit another club. Invite them to come visit you. Certainly on the day you visit the practice will be run differently from your own club, and you can steal some ideas. Even if you run practice the same as always, having new people at your club will change the environment a little.

March is coming up next week. So , visit another dojo and defeat the ground hogs !
Posted by Dr. AnnMaria at 11:06 PM