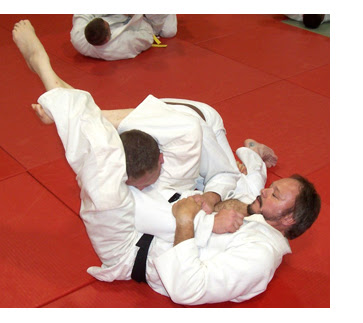 Okay, I confess, I wasn't really talking to Yoda, from Star Wars but my old friend, Steve Scott, who is married to my even older friend  (in how long I've known her, not in years) Becky Scott. Steve has written a dozen books on judo, sambo, conditioning, combat sports and everything related. You can buy most of them from Turtle Press. They're all good.

Becky was a teammate of mine on the U.S. judo team. She and I both went to the Panamerican Games and won gold medals, and both went to the world championships and won gold medals. I won mine in judo and she won hers in sambo wrestling.
Steve and I got to reminiscing about old times for over an hour and I made him late for dinner. I'm sure Becky will forgive me. In that time we ran over a whole host of subjects but here are a few I thought were particularly interesting: 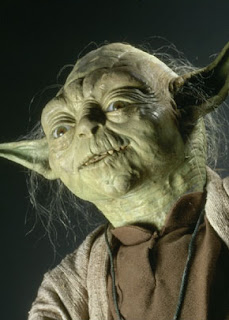 I really liked your comment "Some people want to be the coach they never had."

This is the entire reason I got into teaching (and not just judo). I had good coaches when was comming up but it was a club full of heavy-weight masters player and I was a 17 yr old and 150 lbs ... so I never really got instruction that was useful for me. I went out to other clubs and learned as much as possible.

Now I feel that I can be a coach to the 18-25 yr old college students (who may or may-not be competitors). I've found that beginners in this age range have a tough time finding a home since they're too young to play with masters and too old to play with kids.

I think your absolutely right. Mitch Palacios started the national novice and brown belt championships for just that reason

AnnMaria,
I am flattered by your comparison of Yoda to me, but honestly, I am taller that he is. Becky says hi and is getting psyched up for the knee replacement later this month.
Steve

Oh my god, there's a lot of useful information in this post!