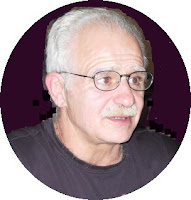 The situation drills and techniques that are in our upcoming book are the ones that we use all the time and represent tried and true methods.

If you can do a good juji gatame and get everyone with it that doesn't make you a good mat person. Mat work is more than being good at one technique. Matwork is a feel. If you do these drills all of the time you develop a feel. You know where your opponent is going before he goes there.

I remember when I used to drill Jimmy, Jr. when he was five years old and he would have to do these drills continuously, moving from one pin to another, from one technique to another. Before I would work out, I would have him and Tanya do all of these drills with me so they had to anticipate where I was going.

As you can see, in most contests when people are on the mat, they don't usually get that one technique they are trying. They end up letting their opponent up and giving them a chance to beat them standing. I believe you are better off having a sequence of techniques you can go to off that first technique you were  starting. If you are almost continually on your opponent, making progress, moving from one technique attempt to another, the referee will allow you to continue mat work, rather than stopping the match, making you get up and re-start from the standing position.

I believe that if you are doing one technique you should learn and know an option of your opponent where they can escape from that technique. Then if that happens and you have been practicing you can automatically go to the second technique and beat your opponent. It doesn't mean you have to do everything robotic. It's the same as doing standing combinations, these are just combinations in mat work that you have to do.

In other countries, you might have 100,000 judo players, and competitors can do mat work three hours every night with thirty different people. You can develop a feel for matwork that way.

In America - certainly in the vast majority of America, at least - you don't have three hours a night with people for them to develop that feel on the mat. If you only have an hour and a half three times a week, you need to take advantage of all of that time. If you have a system, you can be more efficient. You can directly teach your players by setting up situations.


As far as writing a book, I think when you show techniques everything should be as technically correct and perfect in every photo as it is possible to get them. This is why we have taken some of the same pictures over two or three times. Of course, you realize as a competitor and a coach that not every technique will be done perfectly every time in competition or in practice. However, when people who are not so experienced are reading our book, they may not even know what the exact right way to do a technique is. So, that is why I think we need to show the "perfect" technique - even if it means taking pictures again or re-writing descriptions.

Email ThisBlogThis!Share to TwitterShare to FacebookShare to Pinterest
Labels: matwork, writing a book

One other point. When I wrestled, I had several hours a night. When I swam (I know, a huge change to go from swimming to wrestling) it was hours, daily.

My first karate instructor came over to MtnHome Idaho with the military -- again, we had 2.5 to 3 hour work outs.

The modern American class approach of only an hour, start to finish, and only 2-3 times a week just is not enough.

I'm glad that Mr. Pedro also made that point.

Not so weird, Stephen. Ronda went from swimming to judo.

I think you pointed out something that he assumed - that is, most people train an hour or so 2-3 times a week. Jim once said that judo should be like sex, if you are doing it right, an hour should be long enough. (Which completely grossed out Ronda with the idea of old people having sex. She had to go and bleach her brain.)

Personally, I *did* train every single day for at least an hour and a half and on weekends for four or five hours. So, maybe that is one reason my more random way worked for me where it could be confusing and chaotic for other people.

Strength and conditioning workouts of high performing athletes that I know and trust tend to be one hour or shorter.

There's not much point in learning new technique or trying to keep good technique past the point of complete exhaustion.

Also, beyond marathons, what athletic activity has you performing at a high level for 3 hours?

My workouts were usually over an hour and I'd say I was high performance.

Good point, though. When I worked out for 4 or 5 hours it was not in a row. Usually we'd have two, 2-hour practices and sometimes a 1-hour practice in the morning.

When I ran track, the sprinters ran a whole bunch of sprints, even though their events only lasted seconds. Even though the longest event I ran lasted 18 minutes, practice was over an hour.

A typical practice for me might be:
warm up, uchi komi, throws, mat work drills, someone shows a technique we practice, mat work randori, standing randori

We would practice for two hours on Saturday morning and then go to lunch and come back and practice another two hours in the afternoon.

Then, we would do it again on Sunday.

We did this, on top of our routine during the week, because we had jobs or went to school and this got us an extra 8 hours of practice