Know When to Fold 'Em and When to Hold 'Em 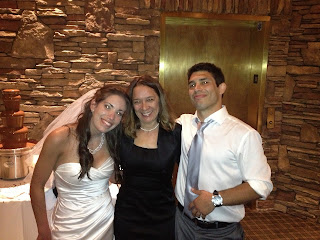 The day Justin Flores barely missed the Olympic team, it broke my heart.  Dr. Jake Flores, Justin's father, and I have been friends since before he was born. When my husband passed away, Jake arranged an interview with UCSD to help me move back to California. Instead, I ended up in Santa Monica, driving to Vista on the weekends, where my little Ronda, at 11 or 12 years old, would be working out with Justin, who was still in high school.

So ... by a twist of fate and an injured neck, Justin didn't make the Olympic team. Unlike many of his cohort that day, he did not decide to try for one Olympic team after another. He had been on a couple of world teams, won medals in the U.S. Open, Panamerican championships and more. He'd had a scholarship to wrestle at a major wrestling powerhouse. He decided to end his judo career and go back to finish school.

Next thing you know, he had graduated with an art degree, done an internship, illustrated some children's books , formed a company that has produced some outstanding artwork for our companies (7 Generation Games and The Julia Group) - certainly he would not have accomplished all of this by now if he had kept training and tried to make the 2012 Olympic Team.

It's really difficult to have the courage to face up to a dream you had and say, "This is not meant to be", and then go on to something else. I feel sorry for the judo players and other athletes I meet who are far past their prime and still telling themselves and other people, "I'm training for the Olympics." Even if they make the Olympic team, even if they win the Olympics, what are they going to be? A thirty-six-year old with no education,  no work experience and no family? Is that REALLY your dream?

About the same time as he missed out on the Olympic team he broke up with his girlfriend. It was a hard time.

Let me just say that Justin was - ahem - fit the stereotype of a male athlete when it comes to women. I was somewhat taken aback then when about six years ago, I had flown to middle of nowhere Texas to coach Ronda in a tournament and Justin said to me,

"I want you to meet this girl, Shirley. I'm not kidding you, I think she could be THE ONE."


So, here we are years later, with a college degree, a successful business and the love of his life. I was thinking back to the Olympic trials when Steve MacBaisey said one of the most insightful things I have ever heard in person.

This is a day when some people's dreams come true and other's dreams are crushed.


The real winners find another dream and make it come true.

Congratulations Justin (and Shirley). I am so happy for you.
Posted by Dr. AnnMaria at 2:48 PM

Very inspiring story! I'm one of those people with a bazillion interests that wishes that there was such a thing as a hyperbolic time chamber (from Dragonball Z, a show I think you may know all too well), which allows me to train for a year's time in one day. I'm pursuing an Art career and to be the UFC heavyweight champion at the same time. Sounds like a stretch, but I can introduce you to a woman who won the world championships in Judo, while working as an engineer, getting her PhD and raising 3 daughters as a single mother. Wait, I think you two might already know each other, but I could be mistaken... in any case, to each their own. I don't think there's an exact formula that works for each and every single person. Every human is in a fight with time to figure out what kind of life they want to live and to accomplish living it. For some it's less, for others' it's more. The only thing one can do is figure out what the difference between what they truly want and what they think they want, just like Justin was able to do.

Such an important and well written life lesson. Good for Justin!

I think it's about getting out of one's comfort zone. Doing pretty well but not quite well enough at tournaments at 36 (I kind of resemble that remark; at least I'm not 36 until September, and I have no illusions of making an Olympic team) is definitely staying inside the comfort zone. The hypothetical 36 year old could still qualify for the Olympics, but only after some pretty serious changes in... everything.

Thank you for saying such wonderful things about one of the best guys in the world... my little boy.