The Princess of Moldova 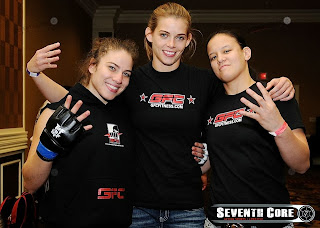 So, I took a quick 20 hours away from programming this weekend (my day job) to fly out and see Marina Shafir compete in the Tuff-N-Uff championships - which she won very handily, thank you very much, in the first round - but NOT by an arm bar just because she does not want to be too predictable or known as a one-trick pony. (I'm kidding  - well, I'm not kidding that she won, nor that she threw her opponent and choked her. Now she has some belt for 145 lbs and she's all smiley. It's all good.)

The funny thing though is the back story - our family has known Marina for years. She used to come visit when she was a teenager and Jennifer, who is a year older than Ronda, did what all big sisters do to younger sisters and their friends. She teased Marina unmercifully until she was practically in tears.

"There's no such place as Moldova. You made that up!"


To which Marina would argue that no, it was really a place. Jenn insisted that she prove it by speaking Moldovan. When Marina explained that there is no Moldovan language, they speak Russian, Jennifer contradicted her,

"No, there's no Moldovan language because there is no such place."


Geography is absolutely my worst subject, well, maybe second-worst besides English literature. I mean, who really cares what some dead poet meant in some stupid poem, anyway. So, when they came to me to referee and asked had I ever heard of Moldova, I said,

"Wasn't that the name of the country the girl was supposed to be princess of in The Princess Diaries?"


After that, Jenn called her Princess Marina for a couple of weeks, and would torment her by shouting out at random moments -

"Name one famous Moldovian! You can't, can you? You know why? Because Moldova doesn't really exist!"


Other helpful suggestions on twitter today were that Moldova is the name of a company that sells high-end chocolates or the underworld in Lord of the Rings.

Well, Marina is older now and doesn't cry when Jenn teases her any more, and she got the last laugh.

You see, she never did have a nickname for fighting. Some people had suggested The Fear, but I guess she didn't like it. When the Armbar Nation people made up shirts for Marina, Jessamyn (The Gun) Duke and Shayna (Queen of Spades) Baszler , Marina's shirt only had her name on it.

I guess you have to have a fighter nickname, so when she came out last night it was as Marina THE SUPERNOVA FROM MOLDOVA Shafir.

Of course, I had to call Jenn and tell her, who nonetheless insisted,

I still say she made that country up. 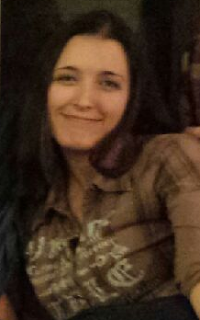 Does she think Luxembourg is a made up country, too? And Brazil is also made up, because they speak Portuguese. Portuguese is from Portugal, Brazil can't be real.

No, actually she is now a history teacher and probably teaches world geography, too. She just likes to tease her little sister's friends.

I do think you made up Luxembourg, though.

In Moldova they actually speak romanian��


I guess there is no country called the United States of America, as they mostly speak English....