First of all, congratulations to Ronda on winning two ESPY awards, for best female athlete and best fighter.

Today, for the 6,000th time, I heard someone say that Ronda "is like my own daughter". This happened to occur in the context of me discussing someone's fee.

I was just fed up, so I responded,

Really? She is like my own daughter, too, and I remember hundreds of times of getting up at 7 am to drive somewhere to take her to a tournament and staying there all day long. For years, I took her to practice 7 days a week, driving an hour and a half or two in L.A. traffic to get there, practiced with her, or waited for her and then drove back. I made sure she did her homework, that she was close to whatever weight she competed in, paid her tuition for private schools, for judo camps, for airfare to tournaments in Europe, for car insurance, car repairs, parking tickets. I went to her parent-teacher conferences, took her shopping for school clothes and argued with her about curfew on school nights.


I don't remember you being there.

Tonight, my youngest daughter told me that she actually needs to be driven to meet her soccer team tomorrow morning, not Friday. So, I will be getting up at 7 a.m. and driving 90 miles round trip to drop her off.  Maybe one of these people who claim to "be just like family" will show up at the door to take her instead?

Not holding my breath, though.

I have four daughters, and I may be biased, but I really do think they are all wonderful human beings.

Curiously, it's only the one that is making a lot of money and on TV a lot that people claim to "be just like my own daughter". Coincidentally, all of those people are making money off of her.

Let's try this instead,

"I will try to do  a good job for the money she pays me."


That is a perfectly fine thing to say, you know, and it doesn't leave me wondering what kind of scam you are trying to pull. 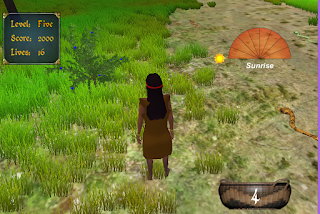 You can check them out here.

I believe you are biased. And about your definition of wonderful human beings. One is a good teacher of children, and I am certain that qualifies. And one breaks other human beings arms for profit, glory, and the adoration of a drunken mob. I am not so sure about that one. In over 2000 years have we really come that far?

Hi Dr. De Mars...... I knew you has Dr. Rousey from my time at Jamestown College. You knew me as Tenille Klosterman (f you remember me :) ) I was a student there from 1994-1998 and took a couple of Psychology courses from you. I have enjoyed reading a number of your blog posts and just wanted to connect and say hello. It has been awesome to see Ronda all grown up and enjoying success of her own. I still remember her as a little kid running around campus, what seems like eons ago. :) Hoping all is well with you..... Take care, Tenille

People like saying things that other people have said to praise other people. They don't know that this just makes the praise inauthentic and can even be offending to some people.

Why must you always bring YOUR contributions to Ronda's success to the forefront? Have you been diagnosed with Narcissist or Borderline Personality Disorder?

I totally get what you are saying. I would do anything for my daughter. You are a great mom and deserve the credit. ...

Shut the fuck up. Ronda doesn't break random people's arms, she breaks OTHER FIGHTERS' arms. She inspires young girls to do SOMETHING other than shaking their butts and sucking dick...fuck off. Sorry, Dr. Demars for the bad words.

Lmao, you comment as anonymous. Coward. Say it to her face.

Shut up. Pussy. Can't even put your name here. But you go as anonymous...