Life after retirement, with St. Jude 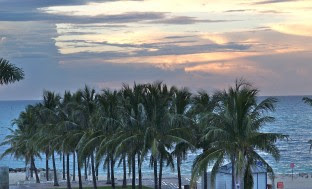 My last attempt at retirement, I must admit, was pretty short-lived, so I am trying it again and maybe this time I will get it right - or maybe not. I went to the Bahamas three times, even checked out house prices, but I found after swimming in the ocean every morning, sitting out on the balcony looking at the blue-green water and saying, "How beautiful!" to myself, I was bored to death by 10 a.m.

I almost had the biggest screw-up of my career on my last day working. I woke up and the first thing I said to Dennis was,

He said it was February 6th and I thought I was going to be sick. As my last task at Spirit Lake Consulting, Inc. I had a proposal for $350,000 that was due by noon, February 6 and I had thought for the last two weeks that was Thursday. When I woke up at 9:30 a.m., which would be past noon Eastern time, I suddenly realized that TODAY was February 6th and on the last day of my working life I had missed a deadline for the first time ever. Even though I was 100% sure that was the deadline, I got up and checked the application package one more time - and, there is a God, and a St. Jude, too, because not only did I mess up on the date, but the LAST grant I submitted had a deadline of noon Eastern time. This one, it turns out, had a deadline of 5 p.m. I jumped out of bed, my wonderful husband brought me one cup of coffee after another and I worked non-stop making everything into pdf files, entering budgets and filed the last bit on-line at 12:48 - beating the deadline by an hour and twelve minutes. I double-checked at 1:20 to see if I had left out anything that was required - if your grant doesn't have some required form or signature it can be rejected outright - and the grants.gov website gave me a friendly message about the package being validated as without errors. So, I finally took a shower at the END of my last day of work.

Now that my heart rate is back to normal, I am pondering how much judo has contributed to my success in life, whether any of the lessons I learned on the mat transferred into business. If so, the most important one was probably to never, never, never give up. More than one person has asked me if I feel that judo, being originally Japanese, conflicts with being Catholic. I don't know why people would think that, and my answer is, "No". My grandmother used to lecture me a lot about Catholicism and one point she always hammered home was to always have faith and never give up.

My daughters always tease me about praying to St. Jude. I have worn a St. Jude medal every day for years. None of them think they are a lost cause and they don't know why, as they have said more than once, I could not have picked "a more macho saint".

For those non-Catholics who don't know, St. Jude is the patron saint of lost causes. This is why so many hospitals, particularly those specializing in terminal illness, are named after St. Jude.

What my children don't know, because, like all children and adolescents everywhere, they tended to pass notes in religion class and check out the cute boy in front of them rather than pay attention, is WHY St. Jude is the patron saint of desperate causes. About all that survives to this day from Jude is a letter that begins, with him saying he meant to write about salvation but instead, "...I felt the need of writing at once to encourage you to fight on..." Okay, how could you possibly not like a saint who exhorts you to "fight on"? My sacrilegious daughter, Jennifer, once commented,

"And I thought it was just because the name sounded like judo."

In 1984, I retired from competition in judo - but I still do it. I have been teaching pretty much continuously ever since. The difference is that now when I want to go to work out, I do and when I don't, then I don't.

Does anyone actually believe I am done working? What I believe is that my family and friends are taking bets among themselves how many days will pass before I take another job or accept a contract for some consulting work. I am working on The Julia Group right now, my new company.

The difference is this, ever since I left home at age 15, almost 35 years ago, I have had to work. Now, for the first time in my life, I don't need to work. Yes, I'll probably go back to work, sooner rather than later. In fact, I have already had two interviews. The difference is that I am only interviewing for jobs that I would really like to do.

I have heard people say that retirement is depressing, they dread waking up in the mornings with nothing to do. Not me. For the first time in 35 years, there is not a single thing I have to do when I wake up. It's the freest feeling I have ever had in my whole life. I can't wait for tomorrow to come!

And thank you to Chuck Wall for putting these resources together. This is version 1.0 and we will be starting a Version 2.0 soon.

This seems like an obvious tip, but you would be surprised how often people don't do it...

Don't do one-size-fits-all judo. What I mean by that is those clubs where everyone tries to be just like the head instructor. They look more like cults than judo. Everyone must do judo just like I did because after all, I am perfect - NOT!

Do judo that fits the situations you find yourself in most often. For example, I was really short for my division. People would often get a high grip on me. So, I did drop seoi nage, from right and left, tani otoshi, and a duck-under o uchi gari. After a while, no one wanted to go to the mat with me, so I would curl up like an armadillo (people call it the turtle position, but it looks more like an armadillo to me), to bait people into matwork, and I developed a number of attacks from that position.

Ronda is much taller than me and when she does a tani otoshi it is from a different set up because it is not very often someone gets a high grip and tries to crunch her down. My little Julia really wants to be like her big sister and so she tries uchimata all the time, even when the other person is foot taller than her. While I don't want to discourage her too much, I have been trying to get her to do more seoi nage, harai goshi and seoi otoshi.

Don't try to be someone else, I don't care how great of a judo player that someone else was. While I have made a lot of mistakes in my life, and as a parent and coach, I think one of the things I did right was not to try to make my children over into younger versions of me, but rather to help them become the best possible versions of themselves.
Posted by Dr. AnnMaria at 11:32 PM

I don't think you are a lazy person,your retired moment will be just a moment.You show so much energy in things you are doing,things you hae done and things you will do.I think also same as you the most important thing is doing the job you like to do,not what you must do.Definetely you are my Judo teacher number one,and also my english teacher cause your beutiful blog.
I'm thinking I'm a lucky person to find you and Ronda in internet.
Grazie ciao Ric