What I learned from judo about life

Jim is probably right when he says all of the time,


I'm a cynical person overall because I have seen so many people who don't keep their commitments, who say they will be somewhere, do something but then it gets to be too much effort to do what they said they would (we call that keeping your word) and so they go back to bed.

On the other hand, I'm often pleasantly surprised by people who DO exactly what they say and more. For example, the nice people from Fight Chix said they would send us shirts and they did. Gift-wrapped, no less, with notes. 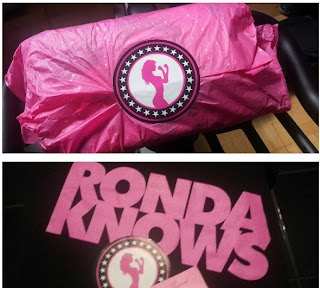 I particularly appreciated it because I cannot tell you the number of people over the years who have said,

"That's so great that you and Ronda have taught at that middle school in south central Los Angeles for years. I'd love to help you out."


The number of them who have actually followed through, though, can be counted on the fingers of one hand by a person who had lost some fingers in a tragic mining accident. 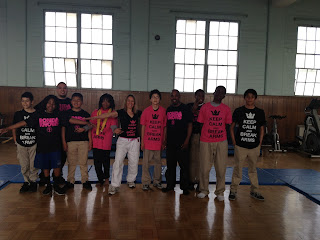 I do things because I think they are the right thing to do, not because I expect to be appreciated - and I often am not. I don't  expect generosity. For example, we did a Kickstarter campaign in February to raise money for a game my company did. I was very touched by the people who backed it. I was not even surprised that some of the people who I had helped A LOT in judo did not. I'm cynical. I expected that.

On the other hand, all of the students posed for the picture above and were very thankful to receive the shirts.

We had received two judo gis from Moya gis (thank you Jesse !!) and one of the students who had a black shirt said,

"I got one of the gis last week. Here, take this shirt and give it to someone who didn't get a gi and give me a pink one."

One of the teachers came to me during a break at practice and whispered,

This is not Santa Monica. You know there's no way those boys can wear a hot pink shirt to school.

At which point, one of the students who overheard him said,


Next thing you know, all of the pink shirts in size large were gone, to be taken home and given to people's mothers, one of whom came up after practice to give me a hug and thank me.

At the very end of class, one young man came to talk to me. This kid is so quiet that the first couple of weeks I had wondered if there was something wrong with him that he couldn't talk. He said, in a voice barely above a whisper,


"Sensei, do you think I could have that one small, pink shirt you have left? There's this girl I like ... "

How could I say no?

So, here is what I learned from judo today:

On top of all of that, if you check out the number of arm bar attempts in matwork randori in this video from practice. I'd like to think some of that is MY influence.