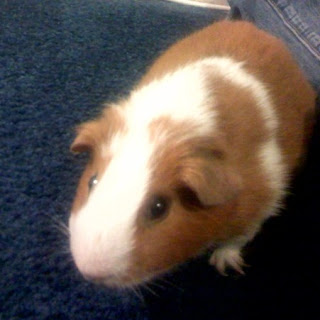 This is an actual quiz someone found on a website and posted on the judoinfo site. I couldn't resist responding to it, and since I am super-busy with work, I just edited my post from judo info a bit and pasted it here.


How long have you practiced judo? Since God was a baby.

1. Americans normally do very well in other Olympic combat sports such as wrestling and boxing. Why do Americans normally place near the bottom of world rankings in judo?
Your answer: Since most international medals in the last decade have come from our two kids, I believe the correct answer is because Jimmy Pedro Sr. and I quit having children. (ooh, not like together or anything - yuck.) I am way too old and tired. If someone was rich and good-looking, they might be able to talk Jimmy into it, though.

2. There are many different throwing skills. What determines which ones you should use?
Your answer: The ones that people fall down when you do them, duh!!!

3. Can you name 5 safety rules for judo?
Your answer:

4. How do you properly decide how good a judo instructor is?
Your answer: (In no particular order) I try what the instructor tells me and the other person loses, or at least, the entire audience does not fall on the floor rolling with laughter.

5. Do you think any judo coach today could be a better coach than Jigoro Kano?
Your answer: Of course. I mean, with all due respect, he's dead. Were you not aware of that? Dead people are generally not very effective as coaches. Although I can think of some coaches where their students would be better off coached by a dead person, or by my guinea pig, Edward.

7. What is the very first skill taught in your judo club? Why?
Your answer: In commercial clubs, it is signing the check. I believe the answer to why is obvious.

8. Is it important to do uchi-komis?
Your answer: Important to whom? To me, yes. To Edward, no.

9. Is off-balancing your opponent important and necessary when doing a throw?
Your answer: Physically off-balancing is recommended, but one could also try mentally off-balancing, such as springing questions upon the opponent immediately after bowing, as in "Where were you on the night of June 31, 2008 and is it true that the woman you were with was not your wife?"

11. Is it important to learn nage-no-kata?
Your answer: Nage no kata is very useful for punishing smart-mouth teenagers. Coincidentally (and this is really true) BOTH my daughter and I learned nage no kata as punishment for talking back to our mothers.

12. Is there such a thing as a perfect throw?
Your answer: Not when I do it, as anyone who has ever seen me at tachiwaza can attest.

13. When entering into a throw, what determines what methods of entry you use?
Your answer:Whether or not I have a crowbar and the laws against breaking and entering in that state.

14. Why do you throw to the left or right?
Your answer: It depends on the direction the wind is blowing, I am trying to take advantage of the air currents to increase elevation.

16. Do you see anything wrong in bowing to a picture of Jigoro Kano, the dead founder of judo?
Your answer: No, but if it bowed back to me, I would get extremely nervous.

17. Do you normally bow to people you respect, such as your parents or your boss, or their pictures?
Your answer: I bow to some people I respect. I called my grandmother ma'am out of respect. Lots of times, I ran from her, especially when she was chasing me with an umbrella (I didn't make this up, either.)

18. According to the International Judo Federation (IJF), what are the official languages of judo?
Your answer: Ow! and Yay!

19. When falling on the back and using the arm to help break the fall, which principle governs the striking of the arm on the mat?
Your answer: Gravity.

21. When you are at a tournament, are you required to bow at the edge of the contest area (often the edge of the red "danger area") before walking up to the line where you bow to your opponent?
Your answer: No, but I recommend it. If you are really good, it gives your opponent longer to have second thoughts and run away.
Posted by Dr. AnnMaria at 10:36 PM

Email ThisBlogThis!Share to TwitterShare to FacebookShare to Pinterest
Labels: Annmaria being immature again

hahahahhaaha!!!! i'd freak out if kano bowed back too --- no more shrooms before judo!!

This post is halirious Dr.de Mars! I been cracking up while reading all the "rules"haha haha.The safety rule # 1 is a o Legit indeed lol.