Memorial Day: The importance of families, coaches and natural ability 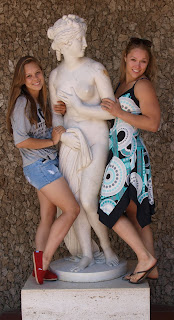 It was Memorial Day weekend and thanks to some forethought, I got tickets for the Getty Villa before they sold out. That statue of Venus, by the way, is a replica, which is why the girls were not carted away by security.

In honor of Memorial Day, and along the lines of what I'd been thinking about the last few posts, I thought it would be good to get Ronda's take on some of the points raised about the importance (or not) of natural talent.

So here is my first try at Cinch.

I asked Ronda about how her father, who died when she was eight years old, had an impact on her as an athlete.


and here is her response:

"In succeeding as an international athlete, how important is support from others - coaches, family,friends and teammates?"

One last question,
"If coaches, family support, work ethic and all of that other stuff is so important, how much does 'natural athletic ability' really matter?"


By the way, if you haven't been to the Getty Villa in Malibu, it's worth going. 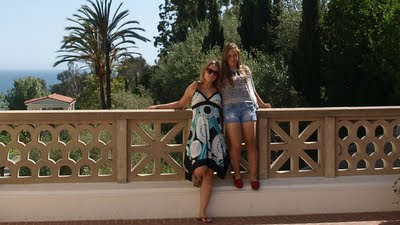 Well I think Ronda owes it to herself to be the best and go to london to bring back the gold, I am confident she will return with one.

I am extremely impressed thanks for sharing all information. It is a great post for the people to get the proper information. Austin MLS

As a father to two beautiful happy children, I applaud your poise, patience and understanding when dealing with young people. The very best coaches my children have trained under have shared your attitudes and they not only teach skills in the sports that they're involved in but more importantly in life lessons.
Thank you.

So, I don't actually believe this will work.