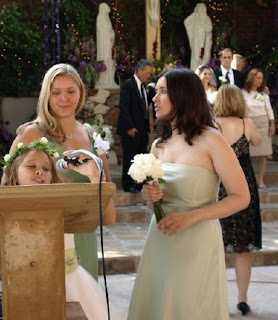 Last week, I met with a very nice writer from Sports Illustrated, who said to me,


"You must be really proud of Ronda."


"I am very proud of all four of my daughters. Maria is a successful journalist, graduated from NYU, has two beautiful children and teaches at Tufts University, Jenn teaches at an inner city school, has a masters from USC,  Ronda has been to two Olympics, won a bunch of awards in judo and is now Strikeforce world champion in mixed martial arts, and Julia earned a scholarship to a top college preparatory school."


"That cannot come out of nowhere. How did you do it? What did you do to raise such accomplished daughters?"


I have a stack of letters and emails in my in-box, all asking pretty much the same thing, waiting for me to come up with a good answer.

Here is my first crack at it --

How good of a parent you are and how successful your children are all depends on the timing. Sometime between the years 15- 20, if you had asked each of my daughters about me they would have told you I was out to run their lives, I did not care about them and I was a mean old woman. If you asked the same daughters the same question ten years later, you would get a very different answer. I quote my friend, Lanny Clark a lot. He said,


"Life goes to the slowest winner."

In other words, it doesn't matter who is number one in high school chemistry or won the junior nationals at age eight. It matters who won the Nobel prize or the Super Bowl. Here is my first piece of advice on parenting, sometimes you have to be the bad parent to be the good parent.

I've been the mean parent who told my children they were wrong when everyone else was telling them they should be able to do whatever they want to do,

"Who is your mom to tell you that you can't jet-ski naked? She's just trying to run your life."

"How can you say what you just said, it made me feel really bad!"

"Good! After what you did, you SHOULD feel bad. Sometimes low self-esteem reflects an honest appraisal. You are NOT okay the way you are and you need to CHANGE."

Never give up on your kids.

Just because you dropped out of high school does not mean that you can't be graduating from a top graduate school when you are 23. Wait- what? I don't mean that you have to do everything for your children. Quite the contrary. One of the hardest things is to stand by and let them take their lumps - you decided not to go to college, or that you want to take "a year off from everything". Okay, now you're broke. Sucks, doesn't it?

But ... you have to be available to provide support again when your child is ready to stop doing whatever stupid-ass thing she was doing (and no, I am not calling out any of my daughters but just let me say, they all have given my grey hairs. This is why I have to pay the salon to dye my hair).

Even after your child did NOT win the state championships, and, in fact, dropped out of the sport altogether, failed a course and did NOT get into an Ivy League school, you still have to be there and try to get him or her back on track. I have heard parents say,

"I gave my child a chance. Now it is time for me to enjoy life, travel, spend money on myself."


The time for that is after your child is out supporting himself or herself and has a good start in life. I know people who when their child turns 18 kick them out the door and say, "I'm done" or the first time their child screws up wash their hands and say,  "I'm done"

It's  a LOT of work, money and sacrifice to raise children and sometimes it seems as if some people are just waiting for an excuse to be done. Manny Gamburyan said something very wise on twitter the other day. He was talking about training but it could apply to parenting just as well. He said,

Reminds me of the Mark Twain quote: "When I was a boy of 14, my father was so ignorant I could hardly stand to have the old man around. But when I got to be 21, I was astonished at how much the old man had learned in seven years."

I've never been a parent myself, but I've been that son to both my late parents.

Since you probably won't mention it, it has to be said that you are also setting one heck of an example yourself.

Would your approach work if you weren't also living by it and demanding more from yourself as you do from other?

I have come to think that the first step to achieving anything is to know it is possible and within reach. Not just believing it could be done as a general idea.

As a kid, what you are told is all fine and dandy, but if what you observe doesn't match what you are told, what is the logical conclusion? Parents can tell a kid that he can achieve anything he wants if he works hard enough, but if they themselves aren't working hard and achieving their own goals...

Good write. Everything you say would be true even if you replaced the word "succesful" with something more modest like "happy" (being succesful in the eyes of other people is sometimes a little overrated, isn't it?)

Well said Ann Marie. Too many parents let their kids runs the show.

Well said Ann Marie. Too many parents let their kids runs the show.