Bad People are Bad People, Whether They Do Martial Arts or Not

If you sleep with dogs, you'll wake up with fleas. 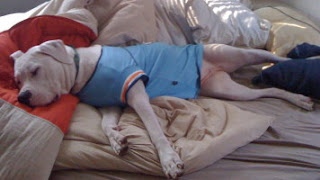 Hey, just because I've never been closer to the country than seeing a cow close up at the LA County Fair doesn't mean I can't use country sayings.

The brilliant Laura Clark once commented,

You and Lanny talk about "but they're judo people" as if being in judo means someone is a good person but it doesn't. There are bad people in judo, too.


While this should be self-evident, it amazes me how often someone will act as if the normal rules of society don't apply to people in martial arts. Take this , for example,

Would you let your 16-year-old daughter go to a foreign country without you, supervised by someone you have never met?


For most parents, the immediate response is,

Hell, no! Are you out of your mind?


And yet, we allow this with kids going to international judo tournaments, and some high profile sexual assault cases have resulted. By the way, this kind of abuse is not limited to judo, nor to girls, nor to international athletes, as the Jerry Sandusky case made sadly evident.

The point is that if someone is a bad person, if they give you that creepy vibe, you should stay away from them and keep your kids away, too. Obvious, no? Yet I can't count the number of times I've heard someone say,

I was at a tournament/ club/ meeting this weekend and the people running it are corrupt/ incompetent/ assholes but ....


Wait a minute, there is nothing that comes after that to make it right.

But they're the only game in town? Find a different town. Seriously, we don't have indentured servitude in this country. If your sport is so important to you that you are willing to sacrifice your ethics to pursue it, you ought to be able to move, too.

But they're the national governing body and I have to deal with them? Find a different sport. Ronda did it. I just want to point out that often in life while someone is saying a thing can't be done there is simultaneously a person out there doing it.

But they're like family to me? Well, if it is anything like the Irvin Jiu-Jitsu family, you're family is pretty damn dysfunctional and you'd better find another one.

Three reasons you should get the hell out of situations where you are dealing with people who are incompetent, unethical, corrupt or just generally bad people
If you are telling yourself it is acceptable to hang out with people you know are bad because they do a martial art, could get you promoted, could help you win a match, could  --- it doesn't matter. Who decides who is a bad person? Well, in the cases I'm talking about, YOU do. My point is that if you find yourself in a situation where you are saying ....

Yes, these people I'm hanging out with are bad people but - 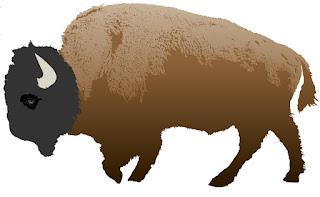 7 Generation Games
How you wish math class had been
3 games $35 on-sale now
Posted by Dr. AnnMaria at 2:23 PM

I agree with this. Get away from any bad people and never fall for their games. Some bad people are "professional victims" who will make you feel like guilty for trying to get away from them. They'll attempt to manipulate you into thinking that you're misjudging them or that you're being "brainwashed" by the people who are trying to help you break free of them or they'll try to remind you of the "things they've done for you" etc. Don't listen! As Phil Hine writes in Condensed Chaos


"All too often, we may experience this inner 'warning' and dismiss it, as there may be no logical or rational reason that will uphold the 'scent' of danger. In my own experience I have found that ignoring the pricklings of my danger sense is a mistake. This can apply not only to situations, but to people...If you have a sudden perception that someone you have just met is going to be 'trouble' it can be very difficult to act on that basis, when there is no explanation to support it, but I have always found that it is a mistake not to. The danger-sense often has an element of prescience to it - the danger may not be immediately present - but it's out there waiting. If you pay attention to your danger-sense and learn to trust it, then you will find that at times it expands, becoming an aura of expectation - a foreshadowing, that something is about to happen .... Don't try to explain it or force it to be there, just listen to it." - Phil Hine, from Condensed Chaos (p. 57)

Unfortunately, I'm not very good at that sensing someone is a bad person. They day they passed out women's intuition I think I must have been home sick with the measles. I have friends, though, who seem to have that spidey-sense. They will meet someone and say for no apparent reason, "Stay away from that guy, he's bad news" and they invariably turn out to be right.

I'm afraid Ronda is proving your point regularly in her tweets. Despite of learning good things from judo all her life (respect, mutual benefit etc.) most of the time her comments are disrespectful and insecure. She's swearing, speaking bad about people around her and all in all being a bad role model for young judoka. She has phenomenal skills and I'd like to be a fan but I just can't. I guess if you end up fighting a lot with people when you're not wearing your gloves or judogi, martial arts were not good for you in the first place.