When it rains it pours- good or bad?

Okay, so this week has been INSANE

Our Kickstarter campaign kicked off - 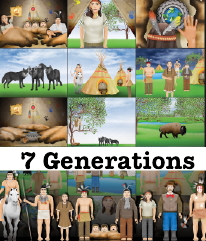 In 25 words or less - we have a game that teaches kids math. And it's awesome. And we are crowd-sourcing money to go the next level. Seriously, check out the video, it's awesome. We've been working on it for a year and the Kickstarter campaign kicked off this afternoon. Didn't I just tell you to follow this link and look at our awesome video? Don't make me come over there.

Within the same 24 hours, the book on matwork Jim Pedro, Sr. and I have been working on for over a year got published. It's called Winning on the Ground. AND WE'RE #2 IN THE KINDLE STORE IN THE MARTIAL ARTS CATEGORY AND THE BOOK WAS RELEASED YESTERDAY!

On top of all of that, I am teaching judo tomorrow at Gompers and the wonderful people from American Horror at FilmOn are coming out to do a commercial for our Kickstarter project and another bit on conquering fear using our middle school kids at Gompers.

I have two grants due this month (one submitted already) and Ronda has a world title fight.

SO ... my question to you all is --- do you think it is better to have all of the craziness at once and get it over with so the next few months can be mellow, or do you think it would have been better spread out over more than say, a day?
Posted by Dr. AnnMaria at 10:15 PM