Can You Help Me Get Better? Yes. 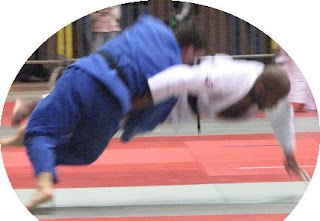 An extraordinarily high percentage of people who were world and Olympic medalists from this country have been coached by their parents. These included Liliko Ogasawara (world silver medalist), Jimmy Pedro, Jr. (world gold medalist and two-time Olympic bronze medalist), Darlene Anaya (world bronze medalist)and Ronda Rousey (world silver medalist). This is probably one-fourth of all individuals to win medals at that level, and certainly not one-fourth of all judo players have their own mother or father as a coach.

What type of advantages do these athletes receive? If we wanted to extend these advantages to other athletes, what would we do?

1. Give the athlete instruction and challenges at the appropriate level. As a parent, you see your child daily in all sorts of contexts. You know if your child is physically and emotionally mature enough to be challenged more. Interestingly, of the three I know - Ronda, Darlene and Jimmy - none were fighting in the senior divisions at a very young age. However, when they did enter senior competition, they were ready to win and did well from the beginning.

2. Continually, but gradually, push athletes to a higher level of physical and mental strength. At each age, every six months or a year, at least, the bar should keep rising. The athlete who wins the junior nationals in the 13-14 division one year should win the junior nationals in the 13-14 and the 15-16 year old divisions the next. GRADUAL is a key word here. I have seen far too many kids who were good juniors be sent to Paris or Hungary to fight at 16 years old, or younger, "for the experience" and get put through a meat-grinder.

3. Top physical conditioning. There is no excuse for not being in peak physical condition. Young athletes (under 13) would be doing daily push-ups, sit-ups, pull-ups and other exercises at their level. Older athletes would be running and lifting weights every day, with times and weights recorded every day and increased gradually over the course of the year.

4. Individual analysis and correction of throwing techniques. Each player would be monitored in practice several times each week and errors in technique corrected nearly every time they occurred so that players were not practicing bad habits. Experts would be called in to work with individual players on their best techniques. These experts would really be experts, too, invited to work with the player because of their specialized knowledge and not as pay back for a favor because they voted for someone in the last election, slept with someone else or didn't rat on someone who was sleeping with someone else in the last election.

Then there is matwork .... I have a whole lot to say about that, not surprisingly, but since I now have what some of my friends refer to as "an actual job", as opposed to that whole telecommuting vice-president gig I had before, I need to actually get up in the morning. So... my thoughts on matwork will have to wait until tomorrow.
Posted by Dr. AnnMaria at 9:38 PM