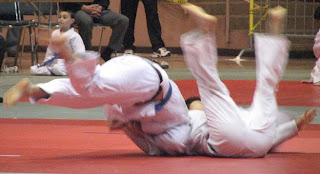 It has often been said that the problem with judo in America is definitely NOT a lack of money. If the same people were given $10 million they would have the same lack of results.

If that is true, and I personally happen to believe it is, and what we lack is something money can't buy, what exactly IS it? On a more positive note, what would make a difference?

Unless commitment is made, there are only promises and hopes... but no plans.

In judo, I have met many people with wishes. They wish that an American could win an Olympic gold medal. They wish that they could coach a winning team at an international tournament. There is an enormous gap between wishes and plans and the bridge between that gap is commitment.

Our athletes, coaches, parents and administrators need the will to make life better. They need the commitment to change and the faith that they can.

The quality of a person's life is in direct proportion to their commitment to excellence, regardless of their chosen field of endeavor.

Finding the unwavering will to be excellent is not easy and most people never accomplish it.

Let's assume for a moment that you really, truly have the will to create an excellent program. What would you do?


These are just a few steps to start. We can do this. Guess what? We are doing it. Hayward Nishioka has developed an assistant instructor program. Jim Pedro, Sr. has developed a coach education program. We have a USJA/USJF West Coast Judo Training Center. Gary Goltz and I have solicited grants from non-profits, corporations and donations from individuals. 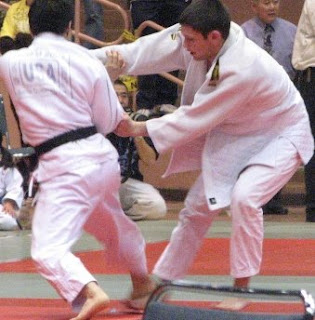 Do you have the will to work to make things better? Email me at DrAnnmaria@fractaldomains.com . We'll put you to work. Don't have any time? Send your donation to USJA Development Fund, 21 North Union Blvd., Colorado Springs, CO USA 80909. We'll put your money to work - intelligently.
Posted by Dr. AnnMaria at 8:00 PM