Next Time, Ask the Guinea Pig for Judo Advice

Have you ever heard anyone use the expression, "She's smart as a guinea pig" ?

No? You know why? Because guinea pigs are only slightly less dumb than a box of hair. In fact, come to think of it, they somewhat resemble a box of hair, both in general shape and, well, hairiness.

Still, there are certain people who ask my advice on judo who I think would be better off asking a guinea pig. This would be preferable because the advice would do them just as much good and the guinea pig would have much more free time and probably not much on its schedule, so it would be far less wasteful to ask it than me.

Here is an example that has happened - and I am making a rough approximation here - 12,437 times, most of them from the same four or five people.

"How can I/ my child get better at judo?"

"Practice more matwork. From what I see your matwork is limited to one or two techniques that are not very reflexive which makes it clear to me that you don't work on them very often. How many times a week do you do your best technique on the mat? Maybe 20 at the most? How many times do you do your second-best technique? Fifteen? With that number of repetitions, you are not going to be very good at matwork. Your defense is mainly wrapping the person's leg or waist and hoping the referee calls matte. We have practice at the training center every Saturday and some Sundays."

"Well, I can't make it because my club has practice on Saturday morning."

"I completely agree that you should go to your club's practice. We also have practice on Saturday afternoon."

"After my club's practice I am too tired to come."

"We have practice some Sundays."

"But, you see, Sundays are my only day to study/ visit the family/ talk to my guinea pig." 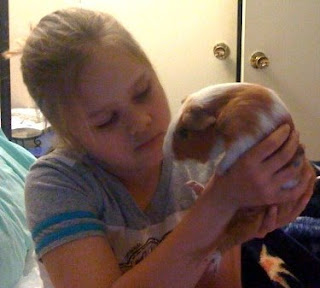 One of my favorite people in judo I only had this conversation with once. It went like this:

"How could I get better at judo?"
"You could come to the training center on Saturdays for more practices."
"Yeah, but my club practices on Saturday."
"Of course you don't want to skip your club's practices on Saturday afternoon. It's only right to have loyalty to your club and I totally respect that. But we have practice on Saturday mornings, too."
"All right, I'm not going to lie. On Saturday mornings, I'm too hung over from Friday nights."
"Uh, the getting drunk on Fridays is probably not helping your judo too much."
"Yeah, you're probably right about that, huh? You know what though, I love judo and it has been great for me, but I really don't want to be as good as Ronda bad enough give up partying at my age."

Now there is a person smarter than a guinea pig. The way he sees it, he gets a lot of positive things out of judo. He has a job, he has friends and a nice life. His goal isn't to win the Olympics. It is to get the physical, social and mental benefits of judo and he has done that. He is also very honest with himself.

On the other hand are the fingers I want to slap the other people with ....

I have been told very self-righteously by some people that,

"You tell young people you don't think they can win the Olympics! That is terrible! This is their dream, how dare you try to take it from them."

PARENTAL ADVISORY WARNING FOR THOSE WHO HAVE THE EMOTIONAL STRENGTH OF A THREE-YEAR-OLD. WHAT I SAY NEXT WILL HURT YOUR FEELINGS.

There is a whole world of difference between dreams and delusions.

Ronda has dreams. What those people who don't come to practice have is delusions. I don't know a lot of things in this world that are unconditional. In fact, I can only think of two.

If you want to be the best in the world there are really only two reasons for missing practice:

Other than that, you need to be at practice.

RANDOM JUDO THOUGHTS OF THE DAY

Check out this great video of matwork. I loved it. I am DEFINITELY way too old for the music, though! It kind of made me sad watching it to realize that I actually used to be that fast. My advice - people who want to win should watch it several times. This is the speed and intensity with which matwork is done at international levels.

Favorite quote from the training center this week:
"I wasn't crying. I was breathing. What? Why do all of you people always say I remind you of Ronda?" -- My daughter, Julia.

Continuation of people in judo for whom we should be grateful, because Illegitimi Non Carborundum is some of the most useful advice passed down from the classics. (Since, as an actual Ph.D. it is my obligation to provide information which could not possibly be useful in any situation imaginable, I should point out that how one actually says "Don't let the bastards get you down," in Latin is Noli nothis permittere te terere. )

Tony Comfort- works as an engineer at Raytheon, is the parent of a young daughter, runs the MORNING practice at the training center every Saturday. He is going to Mississippi for a clinic as part of the state games. He is coaching our players in Las Vegas, at the state championships and wherever else we can hit him up.

Lanny Clark - who I have known forever and a day - is the senior development chair for the USJA, organizing our junior team going to Toronto in July, went as Manager to the Korean Open. Actually he did way more than that. Ronda made her first U.S. team at 16. At the time, the U.S. players would go to international events with no uniforms, no coach and no manager. There was no way I was letting Ronda go to Korea alone at 16! Lanny called his lovely wife, Laura, back in San Francisco and asked if she would mind terribly if he bought a plane ticket and flew to Korea as team manager. Then, my other wonderful friend Jake Flores, Terry Kunihiro and several others each put $100 on the table and told me to call Jim Pedro, Sr. and ask him if he would go as a coach for Ronda, Jimmy Pedro, Jr. and the rest of the U.S. players since I already had the money for his plane ticket and they were not going to take it back. Lanny made the hotel arrangements, found transportation from the airport to the Eastern Korea Nowhere tournament site and along with his own luggage, took the boxes team jackets (my other wonderful friend, Frank Sanchez got them all winter jackets with USA on the back so they could look like a team and not freeze in Korea.)
Posted by Dr. AnnMaria at 8:48 PM

I'm not crying, I'm complaining with my tear ducts